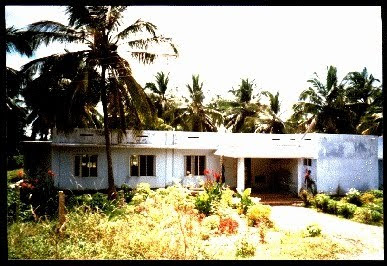 
Overview
The Kanyakumari Health Trust was started in 1986 in Nagercoil, Kanyakumari District, Tamil Nadu. Based originally in the hospital of one of the local church groups - but now including representatives from the Christian, Hindu and Muslim communities - it's a primary health care and terminal cancer care project, for people of all faiths.

Over the 20+ years of it's existence the trust has grown and it now offers primary health care to a population of over 150,000 in the local mountain and sea coast regions, from 19 rural centres. 10 centres also serve the poorest parts of the Nagercoil region (population 400,000) where the KHT hospital and hospice are based.

Primary Health Care
In the field of PHC (primary health care) it is important that workers should know well the communities they are serving. For that reason new recruits are selected from the local population before being trained and then returned to work in the area they came from. There they aim to improve the general health of the population, not only through PHC but also by teaching healthy life skills in fields such as animal husbandry and nutrition, so as to maintain good health.

In addition to the local PHC workers, 16 sites are situated in the mountain regions for more advanced diagnoses, antenatal care, postnatal care, inoculations, and other minor treatments. Once a week a PHC medical team visits those sites to see the patients who have been brought there by the local workers. On average some 400 people are seen every week in this way. Because of the rough terrain a large four-wheel drive ambulance is used to carry doctors, nurses, basic laboratory equipment, and a dispensary, to those remote centres.

Each weekend the local workers gather in Nagercoil to maintain their 'Family Folder' paperwork and to have further training. The Family Folder system has proved very effective. Also effective in 97% of cases is the Neem treatment, a local herbal product used to treat Scabies and other conditions.

Hospital Care
This PHC work has it's base at the 18 bed Castricum Hospital in Nagercoil. (The hospital is named after the town in Holland from which much of it's funding once came.) The hospital takes patients from the outreach programme, as well as treating poor people in Nagercoil who cannot otherwise afford medical care.

KHT's work is recognised by a local university, and under its auspices training programs have been developed at the Castricum Hospital for physiotherapists, radiographers, laboratory technicians and assistant grade nurses. KHT also runs a hostel for nurses, students, and relatives of the sick. Future plans include the building of training classrooms above the hostel.

Hospice Care
A five acre plot of land on the outskirts of Nagercoil was given to KHT by the Catholic Church. This hosts the 18 bed terminal care hospice. The hospice is situated in a beautiful location between a Catholic convent and a Hindu ashram, and as such is ideally located for terminally ill patients who need spiritual support as well as medical care.

The wife of KHT's founder herself passed away from cancer in 1996. The hospice is named after her and treats terminally ill patients from all over the area. As well as those who can be accommodated, pain relief is given to outpatients, and some local people also receive general care.

Future plans for the hospice include the building of a brachytherapy treatment room, and six rooms for treatable cervical cancer patients. In time it is hoped to be able to extend the facilities so as to be able to treat all forms of this disease.

Tragically there are insufficient cancer treatment centres in the Nagercoil region to be able to cope with the size of the population. Yet even where facilities do exist all too often the very poor cannot afford them and are turned away. Of course, great suffering results when cancer is not treated in time. Sadly the hospice sees the effect of this late treatment every day, and sadly we can only pick up the pieces and help to alleviate the sufferers' pain.

Anything that KHT can do, therefore, to improve this state of affairs is of immense value ... and anything that you can do to support the work of KHT would contribute greatly towards the work.

"As we engage in primary health care among the poor people of Kanyakumari District it's such a joy to see the improved health and welfare of individuals and families.

"For those suffering from terminal illness we seek to give them comfort and succour in the last weeks and months of their lives. If we are also able to do something to prevent the poor of the region from becoming this ill we will have achieved a great goal.

"These are the aims that we are striving for, and any financial support that you can give towards meeting them would be most gratefully received.

"There is also a professionally produced video of the work of KHT. If you would like to help by showing the video to interested groups of people we will be happy to send you a copy in return for a suitable donation to cover our costs.

"Wishing you God speed in the work of bringing His succour to the poor."

Should you feel able to help please contact us by clicking the 'comments' link immediately below. Your 'comment' will reach us as an email message and it won't be published unless you indicate that you would like it to be. Other general comments will be published as normal.
No comments:

... is a primary health care and hospice project in the far South of India, a few miles from Cape Cormorin, the most southern point.

Serving a population of some 150,000 people, KHT takes health care to the mountain tribes, and coastal fishing communities, near the town of Nagercoil, Kanyakumari District. Supported by both a hospital and terminal care hospice, KHT seeks to make medical aid available to the poorest people of the region. 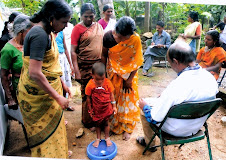 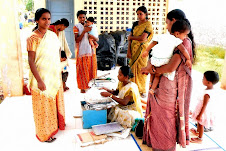 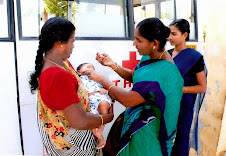